Email newsletters that arrived in consumer inboxes on Monday had the highest open rates on average last year, according to a recent report from MailerMailer.

The report, based on data from 62,000 newsletter campaigns sent to the United States in 2013, found that emails arriving on Mondays had an average open rate of 12% in the first half of the year and 12.9% in the second semester.

Emails arriving on Tuesday had the second-highest average open rate in the first half of the year, and Friday took second place in the second half.

However, even though open rates were relatively low on Sunday, click-through rates were high. Sunday recorded the highest average CTR in 1H13 (2.2%) and tied with Tuesday for the second highest rate in 2H13 (2.1%). 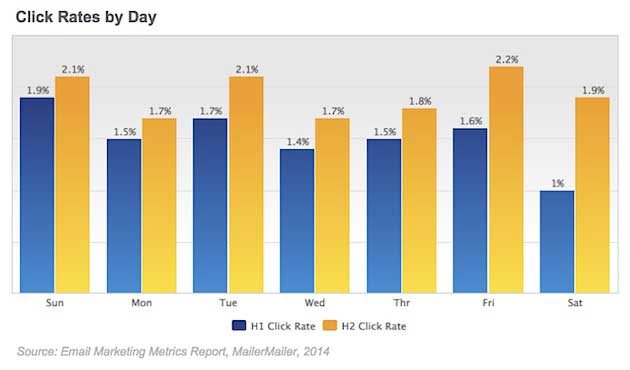 Below are additional key findings from The report.

Time of the day

It’s important to note that these opening hours do not necessarily correspond to delivery times, as emails were often opened several hours (or even days) after arriving in consumers’ inboxes. 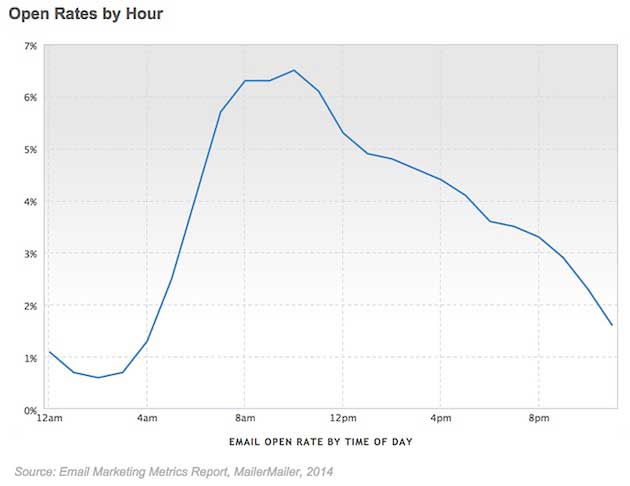 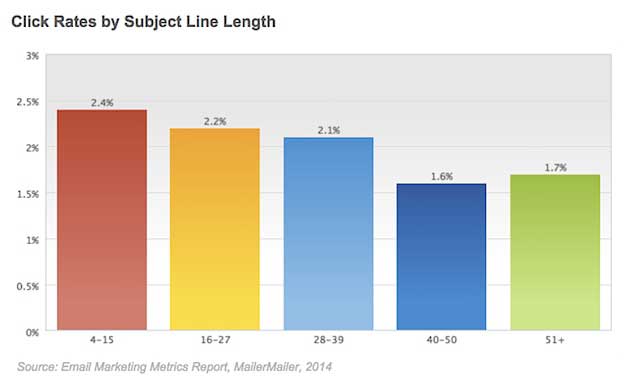